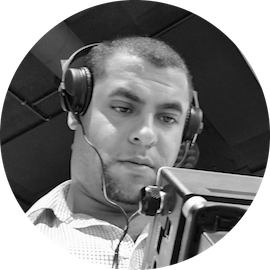 Having lived in New York most of his life, Joseph Francis earned a Bachelor of Arts degree in Media Arts from Long Island University (LIU), with a major in Film and Television and a minor in marketing. Joseph has 13+ years experience in corporate creative landscape. This has included all aspects of Creative Direction, Direction, Producing and Production Management. Logistically, he has drafted SOW’s, managed crew hiring, insurance and permit allocation, managed budgets with actual costs, created shooting schedules, procured equipment as well as managing people with a diverse set of backgrounds that included a team from 7 to 40. Creatively he has been in charge of talent direction, post production management including concepting and storyboarding as well as animation implementation. He has been a part of a wide variety of creative visions – from music videos, documentaries and feature-length films to leadership training videos for several Fortune 500 companies. Throughout these productions he has been in charge of multiple digital programs as well as several major social media campaigns.

Breaking down your vision into specifics, to get the most out of your budget.

Finding the right talent to fit your creative vision.

Original programming created and visualized through your eyes.

Eliciting the right performance from the talent, to create the story you want to tell.

Putting it all together, using Final Cut Pro and Adobe Creative Suite.

Ensuring the quality of every detail - the crew, location, equipment, even the food - for a flawless filming experience.

Tracking all production finances in order to make sure the project stays on budget.

Keeping the crew focused, on track and energized on long production days.

Supervising the production from conception to distribution and making sure the goal is met.

Promoting your book, business, cause or career.

Recording your event to capture the special moments in life you never want to forget. 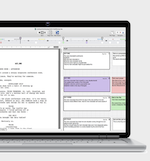 Scripting your idea to be produced.

Using my years of experience and projects I can take your vision and bring it to life. Through content creation, logistical planning, detailed direction as well as distribution the goal is to make sure that your production executes its plan.